Chinese swimmer Sun Yang successfully defended his title in the men’s 1500m freestyle for the third time in a row at the Asian Games, clocking at 14:58.53s on Friday night, and grabbing his fourth gold.

Sun was in the pool with 20-year-old Vietnamese Nguyen Huy Hoang, who came in second with 15:01.63s, his teammate Ji Xinjie, who bagged bronze with 15:06:18s, and Japan's Shogo Takeda. After several consecutive leads, Sun Yang accelerated and threw off Nguyen Huy Hoang at 1400m, holding on to the advantage until the end.

The 26-year-old  swimmer swept six medals (four golds and two silvers), becoming the player with the most medals during the 18th Asian Games. 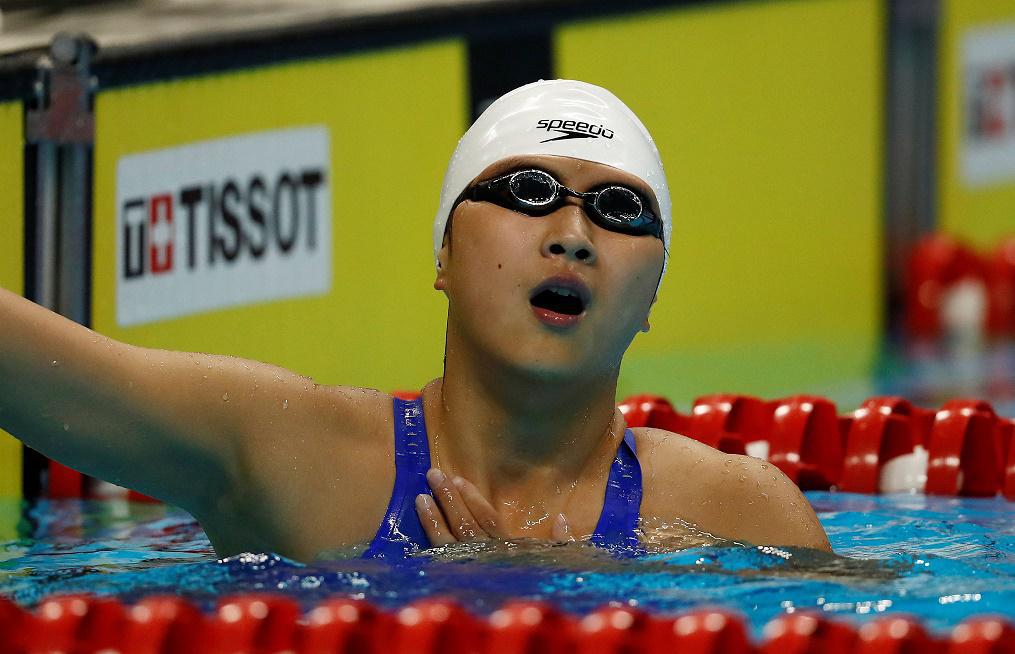 With the swimming event coming to an end after a six-day competition in Jakarta, China is tying against Japan on the gold medal tally with 19 gold medals each.