Muto said the importance of using GPS in tracking overseas reporters will be discussed in greater detail later. 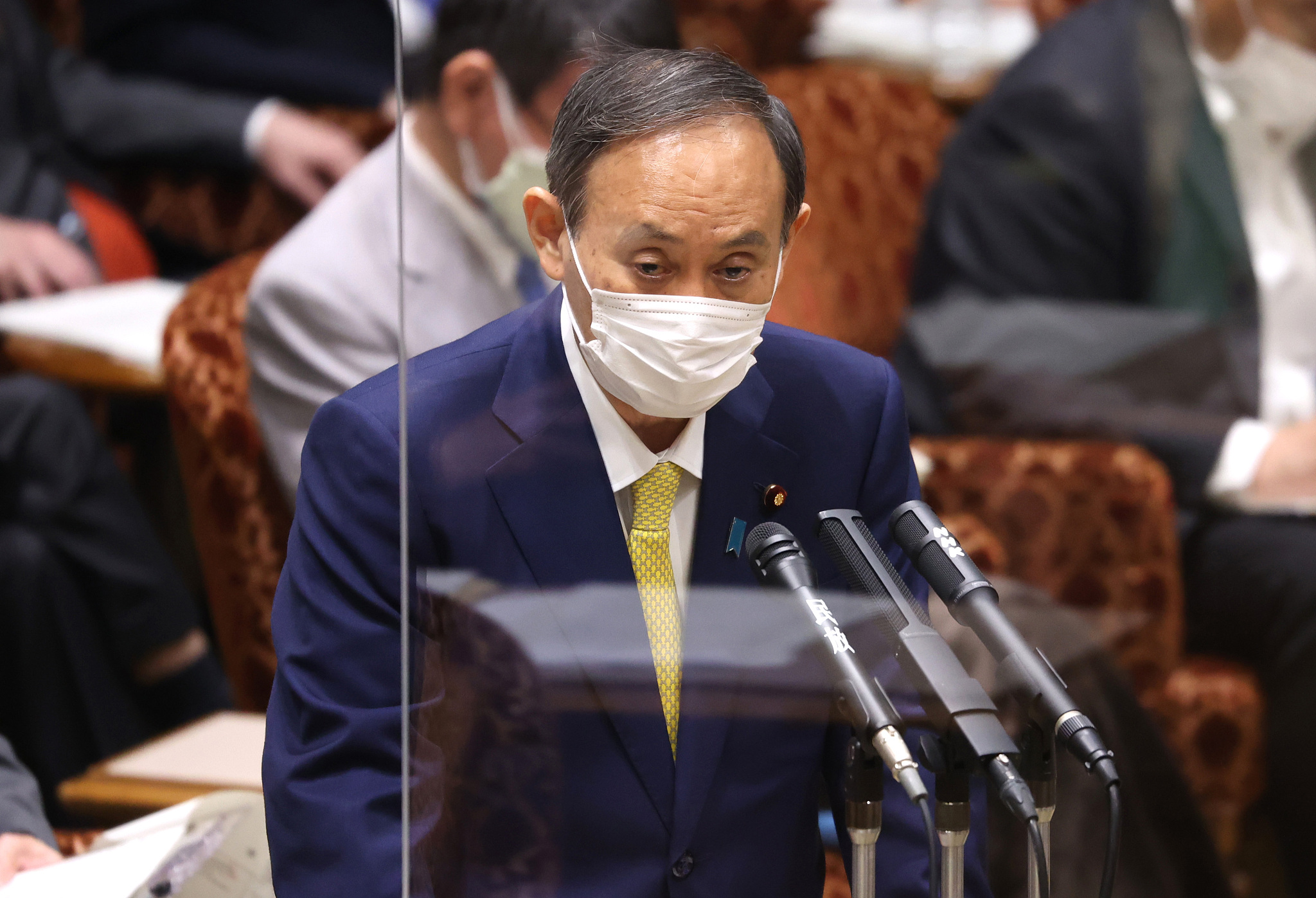 Japanese Prime Minister Yoshihide Suga on Wednesday said he regretted having to take all the flak for holding the Summer Olympics during a pandemic as his government was reported to favor allowing domestic spectators into stadiums to watch.

Already postponed by a year, Tokyo 2020 has faced strong opposition from the public, medical experts and some former athletes amid a fourth wave of infections.

And Suga's comments appeared to illustrate tensions bubbling to the surface as the government bolsters its assurances to the world that the Games will be safe when they start on July 23.

He was speaking in response to comments at a parliamentary session from an opposition lawmaker, who said the prime minister had been coming under attack over holding the Games during the COVID-19 pandemic when the host city governor, Yuriko Koike, should be weighing in.

"I'm very glad you said what I want to say," Suga replied. "Even though I (tried to make) such remarks, Parliament's discussions conclude that all the responsibilities should be taken by the prime minister."

"I am not trying to run away from (responsibilities), but I feel it is regrettable that this is the direction of the debate in Parliament," he said. 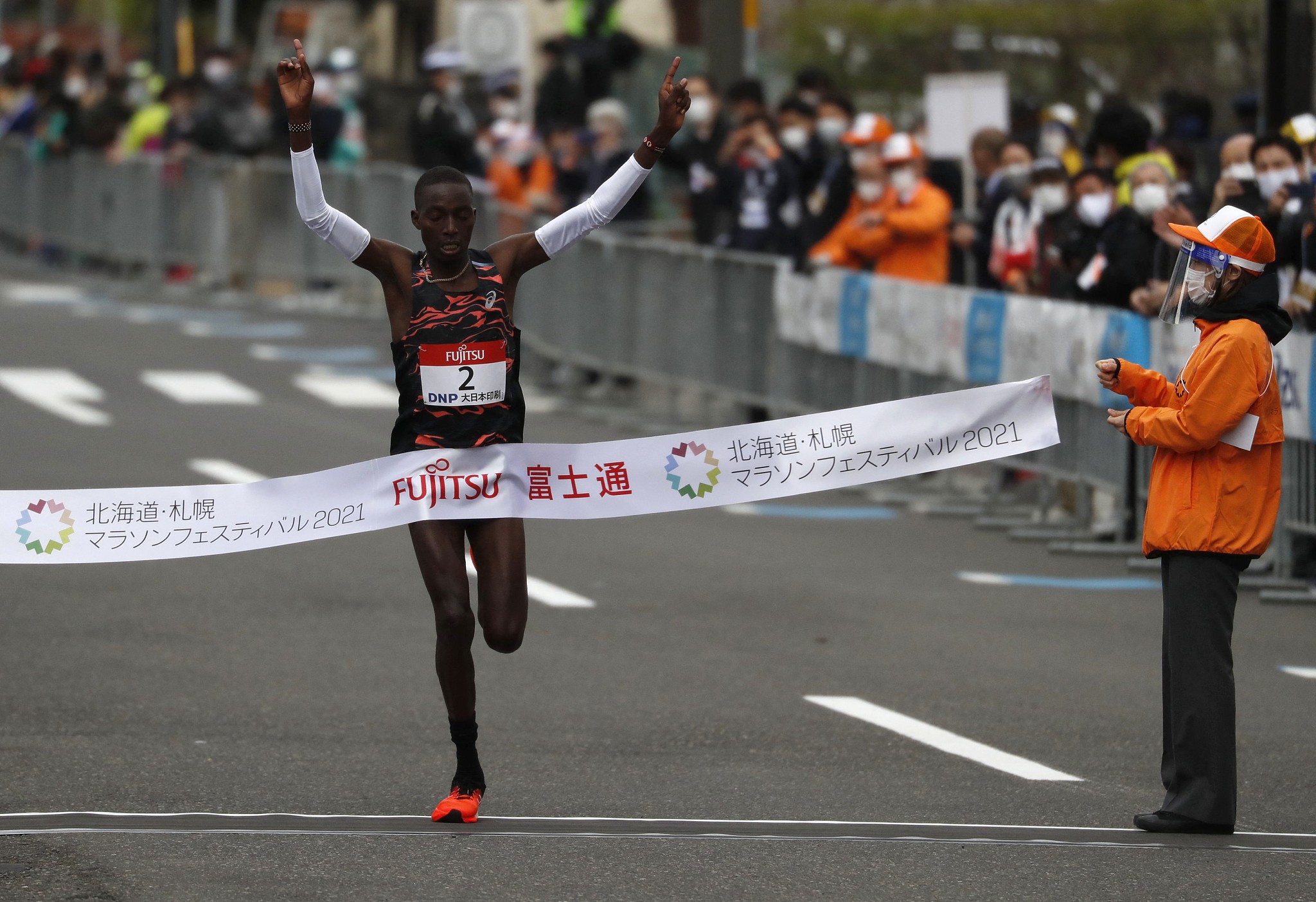 Hillary Kipkoech of Kenya crosses the finish line to win the men's half-marathon of Hokkaido-Sapporo Marathon Festival, a testing event for the Tokyo Olympics marathon race in Sapporo, Japan, May 5, 2021. /CFP

When Olympics organizers shifted the marathon event from Tokyo to the northern city of Sapporo, they did so because of concerns about the intense summer heat in the Japanese capital.

Two years down the track, critics say organizers have effectively leaped from the frying pan into the fire.

Sapporo is currently under a COVID-19 state of emergency amid a resurgence in coronavirus infections.

Officials in the city say they still don't have key information, including the number of athletes to expect and details on health facilities, while opposition from residents about hosting part of the world's biggest multi-sporting event has grown.

"There's no action yet," said Takashi Okugi, a Sapporo city official in charge of Olympic preparations. "We don't have enough time."