With Sail to Celebrate 100 Years of Youth and Progress as the theme and Vitality, Fashion, Openness, Unity as the slogan, the “Wynn Cup" Qingdao-Macao International Offshore Race 2021, an event sponsored exclusively by Wynn, is to be held from10-30 May. The 1,200-nautical mile race will start off from Qingdao, via Ningbo, Xiamen, Shenzhen, Zhuhai, and finish in Macao. As an important international sports event following the Macao SAR government’s official administering of the 85 square kilometers of waters in accordance with the law, the Offshore Race provides space for a new development model featured by "Sports + Tourism + Exhibition” through cross-section cooperation on hosting sports event for a new roadmap of developing maritime economy in Macao.

To promote the “Wynn Cup" Qingdao - Macao International Offshore Race 2021, the organizing committee set up a booth and hosted a roadshow during Macao Week in Hangzhou held by Macao SAR government where Macao Association of Convention, Exhibition & Tourism Sectors (MACETS) signed agreements with Hangzhou Convention and Exhibition Industry Association, Mitime Sports Industry Investment Co., Ltd and Hangzhou Maritime Center. It is agreed that various organizations in the sector of sports, tourism and exhibitions from Hangzhou will attend The International Marine Sports & Tourism Development Forum and Award Ceremony in Macao. The roadshow was a great success, with wide coverage by more than 30 domestic mainstream medias. 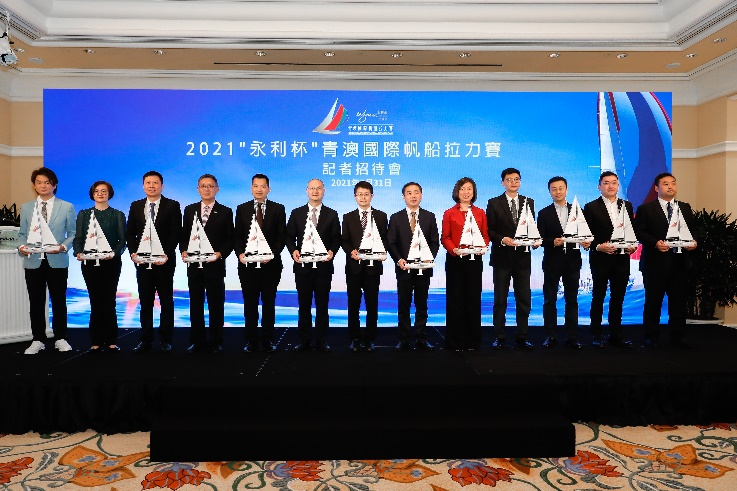 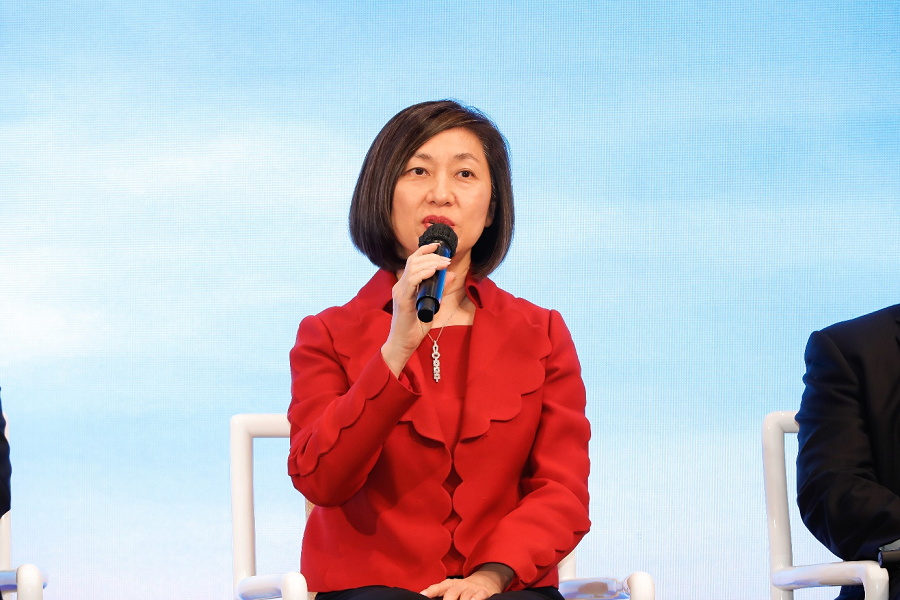 The development of the sports industry in China aligns with President Xi’s aspiration of making China a sports power, an essential part of the great China Dream. Likewise, sports tourism is a key priority for the development of Macao. In his 2021 Fiscal Year Work Report, Ho Iat Seng, the Chief Executive of the Macao SAR states that promoting the industrialization of culture and sports is an important measure for economic transformation. In the future, efforts will be made to encourage the diversification of sports and tourism by hosting international sports events and brand sports activities for a phased expansion of sports industry chain. Businesses engaged in tourism and gaming industry as well will be encouraged and supported to host a variety of cultural and sports activities.

In response to the call of Macao SAR government, with the support of LOCPG in the Macao SAR and the Chinese Yachting Association, The Qingdao Municipal Sports Bureau works together with MACETS to jointly launch "Wynn Cup" Qingdao-Macao International Offshore Race 2021. To support Macao SAR government’s initiative of moderately diversifying economic development, Wynn Macau exclusively sponsors the International Offshore Race for the cooperation and development in sports and tourism in Macao and China's mainland. Efforts will be made to develop Macao into a world renown destination for traveling and recreation by telling the story of Macao as a fun, tourists-friendly and safe place for travel.

2021 marks the 100 years’ anniversary of the founding of CPC. With the theme of Sail to Celebrate 100 Years of Youth and Progress and the slogan of Vitality, Fashion, Openness, Unity, the “Wynn Cup" Qingdao - Macao International Offshore Race 2021 is a series of events for exchange in sports, leisure, culture, trade and business sectors. From 10-30 May 2021, it will start off Qingdao, via Xiamen, Shenzhen, Zhuhai and finish in Macao. The route is carefully selected in that Qingdao and Shenzhen are the two new demonstration zones set by the Central Government in the north and south of China respectively. Qingdao is the venue for China-Shanghai Cooperation Organization Demonstration Zone for Local Economic and Trade Cooperation, whereas Shenzhen is the pilot demonstration area of socialism with Chinese characteristics. In addition, Xiamen, Shenzhen and Zhuhai are the earliest special economic zones in China. Zhoushan port in Ningbo, known as "the largest port in the world", is where "Silk Road Economic Belt" meets "21st century Maritime Silk Road". As a special administrative region, Macao practices "one country, two systems". Together with a number of events that showcase the remarkable achievements in the development of economy, trade, culture, humanities and society of Macao since the reform and opening up initiative and the return of Macao SAR to China, the Offshore Race is a gift to celebrate the 100th anniversary of the founding of the Communist Party of China.

Concurrently, a series of promotional activities such as The International Marine Sports and Tourism Development Forum, Qingdao-Macao Sailing Photography Contest, Macao Youth Regatta, Sail Open Day, Road Show, Course Race, and Promotional Symposiums will be held to facilitate economic and trade cooperation. Among them, the International Marine Sports and Tourism Development Forum, as the highlight of events, will take the development of "Sports + Tourism" and "Sports + Exhibition" as the key topics for discussion on the integrated development of marine sports and tourism economy, and the prospect of marine sports events. Experts from home and abroad will be invited to exchange views on the trend of marine sports and tourism development and the opportunity for Macao in these areas.

With rich costal resources and pleasant maritime climate, Macao enjoys 937.5 kilometers of coastline and wide open water areas. The “Wynn Cup" Qingdao - Macao International Offshore Race 2021 is an important international sports event following the Macao SAR government’s official administering of the 85 square kilometers of waters in accordance with the law. It is also the first time that Qingdao and Macao work together on a 20-day-water sports event that goes through three special economic zones, namely Xiamen, Shenzhen, and Zhuhai. As a pioneering event for the development of marine economy via coastal tourism, the Offshore Race provides space for a new development model featured by “Sports + Tourism + Exhibition” as a result of cross-section cooperation.

For the safety and smoothness of the Offshore Race, the organizing committee has taken various measures including signing the "Qingdao Macao International Offshore Race 2021 Cooperation Agreement" with Qingdao Municipal Sports Bureau regarding the decision on sailing cruiser and equipment, course setting and crew arrangement, etc. At the same time, a strict epidemic prevention and control plan will be adopted to ensure the safety and health of the participants and to create an enabling environment for the Offshore Race.

Under the supervision of the Economic Affairs Department and Publicity and Culture Department of LOCPG in the Macao SAR, The Department of Hong Kong, Macao and Taiwan Affairs of the Qingdao Municipal Government, and Chinese Yachting Association. Wynn Cup" Qingdao - Macao International Offshore Race 2021 is initiated by The Qingdao Municipal Sports Bureau, MACETS, Macau Yacht Club and Rejoy International Holdings, supported by Macao Government Tourism Office, Qingdao Culture and Tourism Bureau and China Marine Sports Academy of General Administration of Sport of China. Bank of China Macau Branch, Industrial and Commercial Bank of China (Macau) and other organizations also support the Offshore Race by sponsoring the racing boats.