‍It was to be Samsung's moment.

But little did they know that a virtually unknown company would steal their thunder.

But the Korean tech giant wasn't able to say that it was a world's first.

That distinction now belongs to Royole, a startup with operations in Shenzhen and Fremont, California near Silicon Valley.

A week earlier, the startup unveiled its version of the foldable phone at an event in Beijing.

Days later, at a small event in San Francisco, I got a close up look at Royole's phone, called the FlexPai. 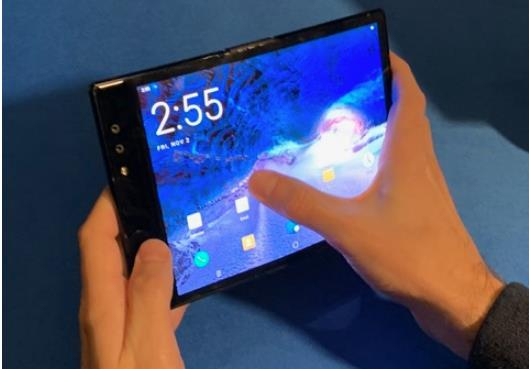 The foldable smartphone developed by Royole, a startup with operations in Shenzhen and Fremont, California near Silicon Valley /CGTN Photo

I dropped the tablet from above my head onto a table.

No problem at all.

I then picked it up, and folded it in half, so that it became the size of a phone.

I then tucked it into my pocket.

What's different about the FlexPai compared to what we saw from Samsung is that there are actually two phones. When you fold it into a phone, both sides are screens. And dual SIM cards, meaning one for each.

And when it's folded, the edge also lights up as part of a screen, which is why Royole says it actually has four screens.

The screens are made of plastic and designed to be able to fold hundreds of thousands of times.

I sat down with founder and CEO Bill Liu who emphasizes that this device is no gimmick.

They've been working on the technology for six years.

Samsung says its Infinity Flex Display is going into mass production in the coming months. Contrast to that with Royole, which is already taking orders for FlexPai. It plans to ship those orders by the end of the year.

Another challenge is creating its own ecosystem.

We've seen some of the biggest companies fail on this front.

Microsoft's Windows operating system was never able to gain a foothold in the smartphone world because it simply was too late to the game and could not make it worthwhile for developers to create apps for its system.

FlexPai has it's own operating system named Water. 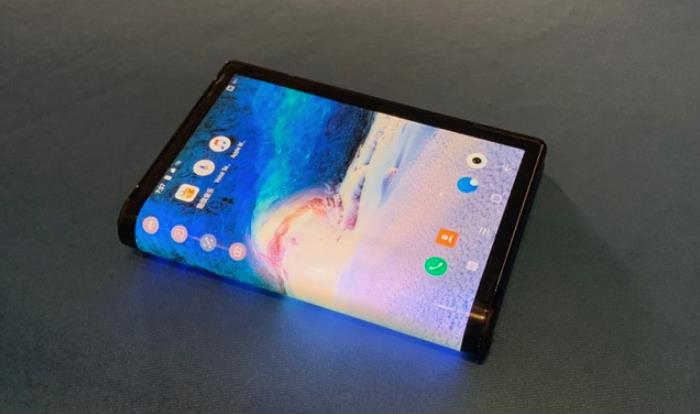 When you fold it into a phone, both sides are screens. /CGTN Photo

That's a necessity when you are dealing with so many screens.

But Liu said it's based on the Android Operating system, so it will be interesting to see whether the Water has the ability to someday run standard Android apps.

In the meantime, Royole is offering 30 million US dollars in support to developers.

What does that mean?

Liu said they will give grants to accepted projects for their operating system, in hopes of unleashing the creativity of app developers to take advantage of their unique operating system and form factor.

I also asked Liu whether he was worried about competing with such companies as Samsung, Apple, and Huawei.

He said he welcomed the competition. He also said so many big companies getting into the space only validated the value of their work.

And when asked whether he would consider selling Royole's technology to one of those tech giants, Liu would not be pinned down.