The White House confirmed Wednesday that Turkey would be excluded from NATO's F-35 stealth fighter jet program after it purchased a Russian missile defense system in defiance of warnings from Western allies.

The U.S.-made F-35 Joint Strike Fighter "cannot coexist with a Russian intelligence collection platform that will be used to learn about its advanced capabilities," she added.

Turkey's foreign ministry termed the move "unfair," saying in a statement that "this one-sided step neither complies with the spirit of alliance nor is it based on legitimate reasons."

Grisham said that Washington had made "multiple" offers of its own Patriot missile defense system to Turkey, but Ankara went ahead and acquired the S-400, running counter to a NATO pledge to avoid adopting Russian systems. 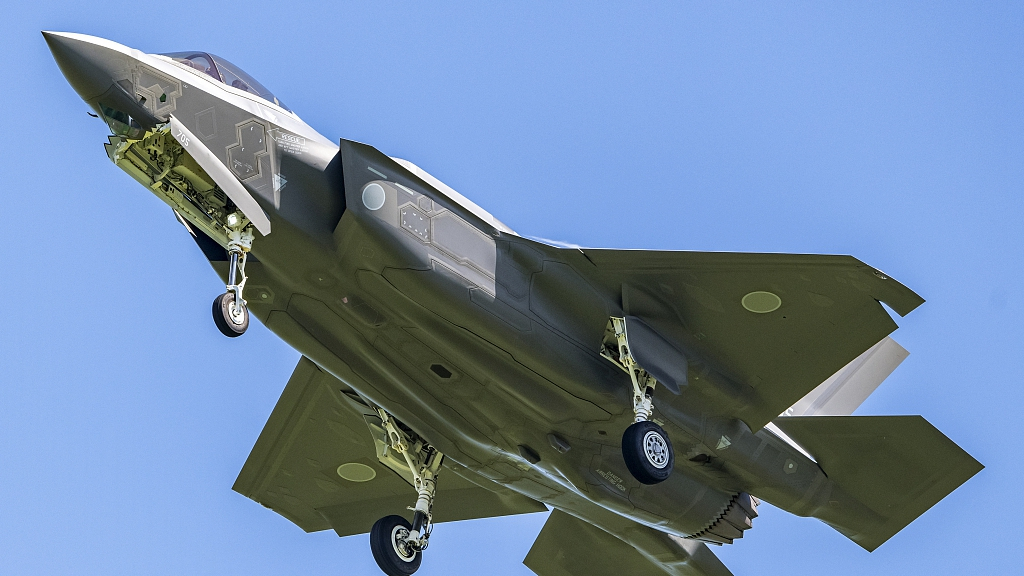 By taking the Russian missile system, Turkey shrugs off two years of warnings from the U.S. and other NATO allies that it could imperil their relationship and will be excluded from the NATO's F-35 stealth fighter jet program. /VCG Photo

"This will have detrimental impacts on Turkish interoperability with the Alliance," she said.

Grisham added that the U.S. "still greatly values" its strategic relationship with Ankara and would "continue to cooperate with Turkey extensively, mindful of constraints due to the presence of the S-400 system in Turkey."

The announcement came five days after Turkey began taking delivery of the Russian missile system, shrugging off two years of warnings from the U.S. and other NATO allies that it could imperil their relationship.

The U.S. action will lock out a number of Turkish manufacturers that were producing parts and components for the F-35, and block Turkey's plans to purchase about 100 of the advanced fighters. Trump rued the loss of the sale of up to 100 F-35s to Turkey, saying manufacturer Lockheed Martin would suffer.

"Because they have a system of missiles that are made in Russia, they're now prohibited from buying over 100 planes. I would say that Lockheed isn't exactly happy. That's a lot of jobs," Trump said.

At the Pentagon, officials said operations were already underway to move the production of around 900 parts Turkey was to provide for the F-35s to suppliers in the U.S. and other countries.

Turkish F-35 technicians and pilots training in the U.S. would also be sent back by the end of this month.

"Turkey's purchase of the S-400 is inconsistent with its commitments to NATO," said Under Secretary of Defense Ellen Lord.

"Turkey will certainly and regrettably lose jobs and future economic opportunities from this decision," she said.

In addition, the U.S. Congress has required countries that make significant purchases of Russian defense equipment to be subjected to punitive sanctions.

The State Department said Wednesday that no decision has been made yet on sanctions over the S-400 deal.

David Trachtenberg, the deputy undersecretary at the U.S. Defense Department, repeated that Turkey remains a strong ally of the U.S. and would still join NATO exercises.

"We will continue to participate with Turkey in multilateral exercises to improve readiness and interoperability, including upcoming exercises in Georgia, Germany, and Ukraine," he told reporters.

Asked if Turkey could be ejected from NATO after nearly seven decades as a member, he replied: "That's a decision for the NATO alliance... That's not for us here to decide."