A gay kindergarten teacher in China sued his former employer as the school decided to fire him last month after having learned his sexual orientation. The case, reportedly the first of its kind in China, was described as a landmark case to test the country's protection of minority groups.

In early August, a kindergarten teacher recognized under his alias Ming Yu was asked to either quit his job or stop revealing his sexual orientation after Ming shared an article advocating for China's gay communities on social media platform, Beijing News reports.

After a parent of his former student discovered Ming was gay and subsequently filed a complaint to the school's investor, Ming was told by the principal that parents might not want a gay man teaching their children.

Feeling “grave apprehension” that parents were choosing to raise their children in a society where people of different sexual orientations were not respected, Ming chose to quit and sue his former employer, Reuters reported. 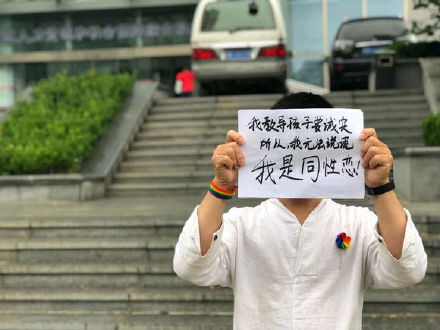 "I taught my students to be honest, so I could not lie. I am gay," reads the slogan held by the teacher. /Photo via LGBT Rights Advocacy China's Weibo account

"I taught my students to be honest, so I could not lie," Ming was seen showing a slogan outside the local court after filing the complaint. "I am gay."

"I hope that I can use this case to push forward Chinese society to be more balanced and accepting," he said.

A court in eastern Chinese city of Qingdao accepted the teacher's case last Thursday. The teacher is seeking a court order for him to be rehired and paid compensation for his financial losses. 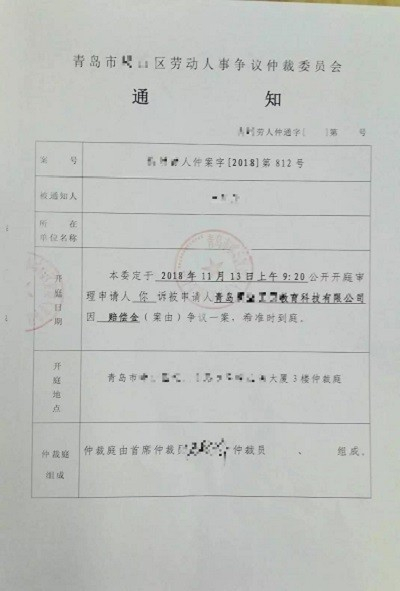 "The main reason we filed this case is not just as a labor dispute but to make the gay community more visible to a wider group of people," Ming's lawyer Tang Xiangqian told Reuters.

According to Tang, it is the first case in China of a gay teacher taking a school to court after being fired over sexual orientation.

A court hearing was scheduled to take place on November 13 this year.

Chinese activists have organized rallies to press for greater protections for the LGBT community - and same-sex marriage - to be included in a civil code set to be passed in 2020.