Human rights must be about putting people first, China's top diplomat has said after the UK foreign minister launched a direct attack on his country's policies.

Chinese state councillor and foreign minister Wang Yi said in a speech to the United Nations Human Rights Council that China's policies were succeeding in improving the health, economic prospects and security of all its citizens.

"The people's interests are where the human rights cause starts and ends. Increasing people's sense of gains, happiness and security is the fundamental pursuit of human rights as well as the ultimate goal of national governance, " Wang said.

Earlier, his British counterpart, Dominic Raab, called for the UN to launch an investigation into China, as well as Russia, Belarus and Myanmar, for violating the rights of their citizens.

"We stand with the growing number of international partners, UN experts and NGOs concerned about the deteriorating human rights situation that we see in China," Raab said in his opening address.

His speech marked the UK's return to the 47-strong council as a voting member.

Raab singled out events in Hong Hong, Tibet and Xinjiang and called for UN investigators to visit the latter region to report on the situation of ethnic Muslim groups there. He cited reported abuses including torture, forced labor and forced sterilization, accusations that have all been rejected by Beijing.

Wang responded that the UN High Commissioner for Human Rights or others were welcome to visit Xinjiang. Those living there can choose their own career paths and live in safety thanks to rigerous anti-terrorism measures that follow similar patterns to those used in other nations, he said. 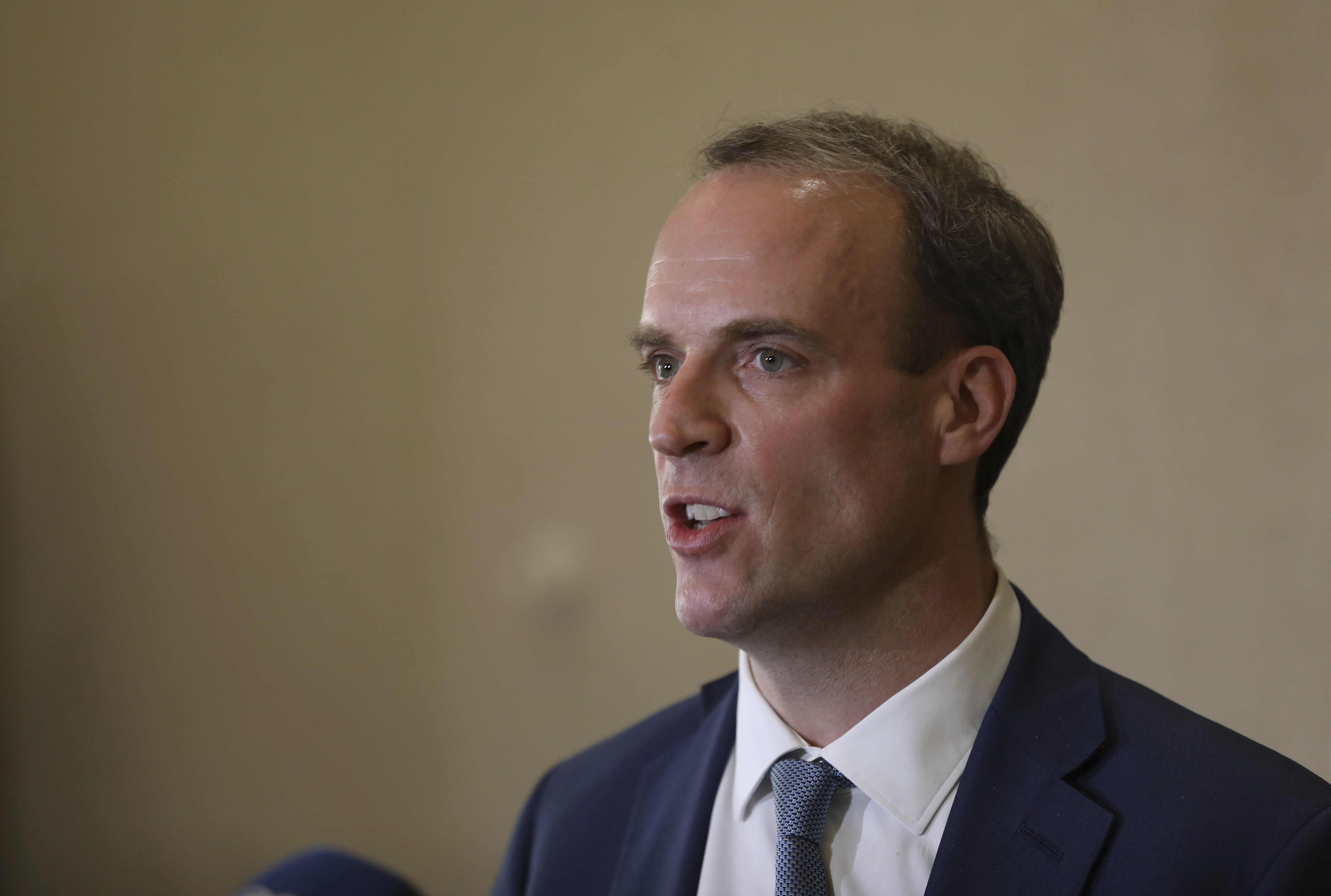 China considers such matters to be its own internal affairs.

"Human rights are not a monopoly by a small number of countries, still less should they be used as a tool to pressure other countries and meddle in their internal affairs," Wang said.