Tunnels and snake-like roads in karst mountain sides take you to Haokun Lake, in Lingyun County, south China Guangxi Zhuang Autonomous Region. The peaceful jade-green lake welcomes tourists, but at its beginning, it also welcomed back the "sons of the land" that migrated to other provinces for work.

Wei Li Xing is one of the 85 locals that returned home to make a living for himself alongside the eco-tourism project for the lake.

From the top of the road, Wei Li Xing's homestay comes into view just by the water, surrounded by cornfields.

The friendly father of two used to be a construction worker in Guangdong, but when the Haokun Lake scenic area project started he decided to go back home to start his own business. "I renovated the extra rooms in my house and made them guest rooms to receive tourists," he explained to CGTN after distributing freshly picked bananas.

Like him, 12 other migrant workers returned and opened their homes to tourists as homestays. 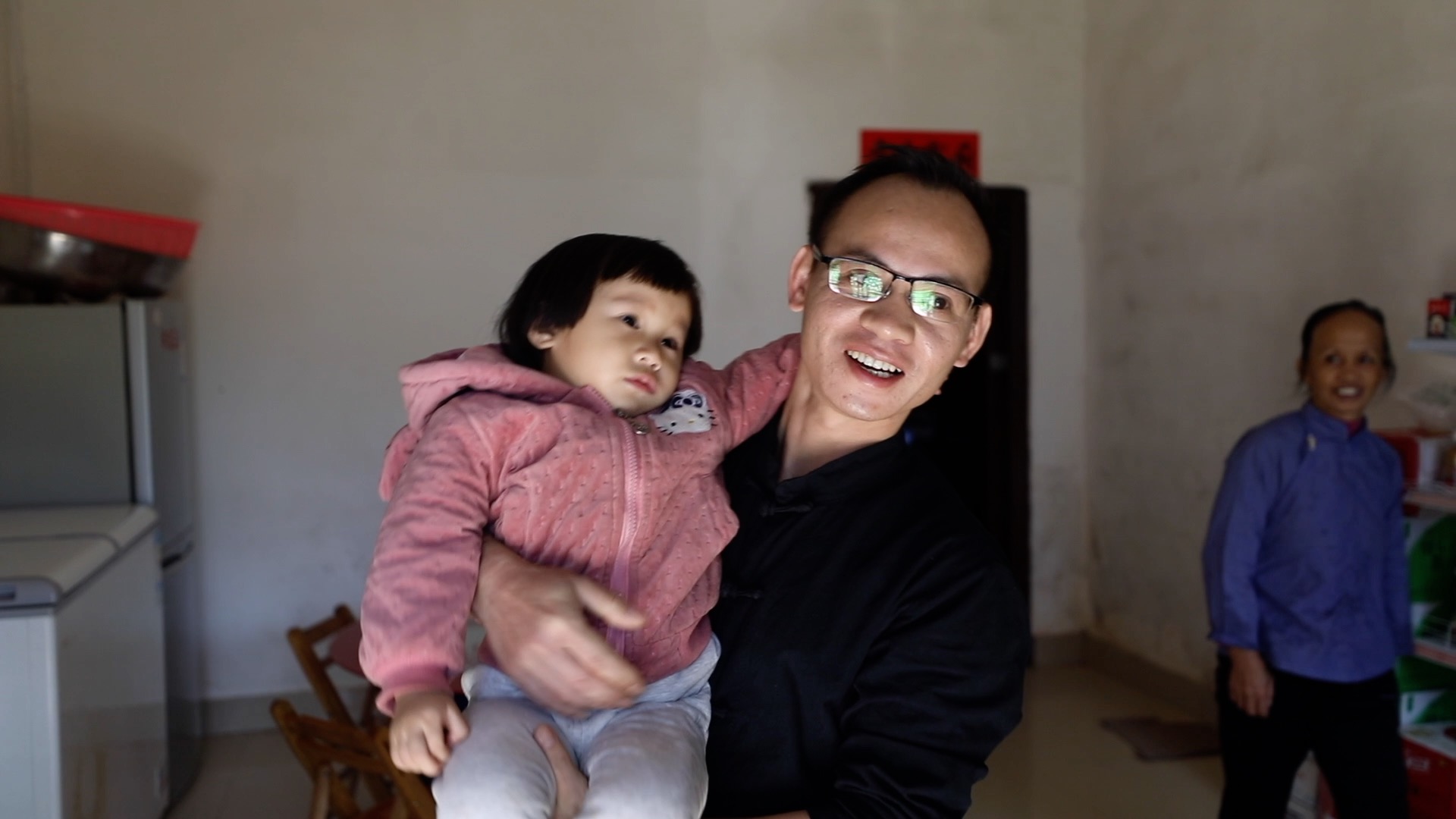 In Guangdong, he earned 3,000 to 4,000 yuan a month, but it also meant he was away home for most of the year. Finding work at his "doorstep" allowed him to take care of the family. "I'm definitely happier," he said.

The epidemic certainly has had an impact on the homestay business, he confesses. "Before we used to have a constant stream of guests, but because people were refraining to go out, it affected our income," he noted.

Still, he is hopeful tourists can return, and then he can make improvements and receive more guests.

Before finding some economic relief, Wei Li Xing fought poverty. By the end of 2015, more than half the population of Haokun Village was living below the poverty line.

"The poverty incidence rate in our village was as high as 52.04 percent. More than half of the population was poor," said the First Secretary of the village Liu Dongming, who took office in March 2018.

The objective was clear: lift those 931 people (197 households) out of poverty. Along with infrastructure, the biggest challenge was job creation. "People had difficulty moving; transportation and roads were bad," Liu noted. Tunnels were the answer to this problem.

But the biggest strategy used to promote poverty alleviation was based on developing tourism by creating a network of jobs. The village scenery and the lake are beautiful, but they were completely underdeveloped.

"We made Haokun into a national wetland park and used Bama Longevity Village, also located in Guangxi, as inspiration. This means that, first of all, local people have several forms of income based on the tourism project," Liu said.

For the scenic spot, authorities raised the lake water level to generate power, leaving farmers in the area without land to grow corn and other grains, so the government created a grain subsidy in the reservoir area. The grain subsidy is around 6,000 yuan per household, and it is provided even without farm production. 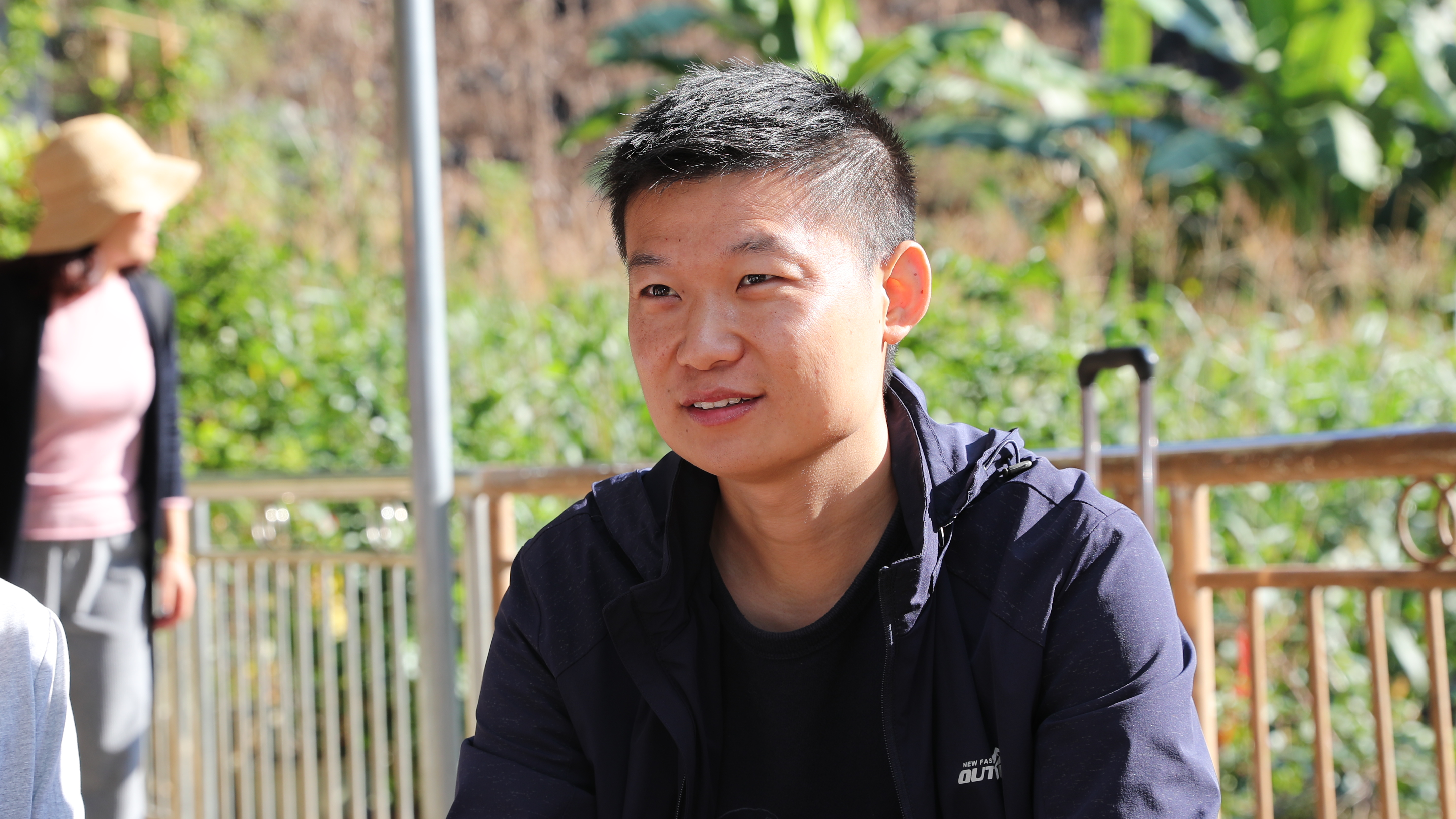 The second income source comes from work vacancies created in the scenic area, around 600, from fixing the roads, operating boats, gardening, sightseeing cars, and security.

In addition, they can use their houses as homestays, an offer that attracts many tourists looking for more authentic and affordable experiences, just like Wei Li Xing did.

Villagers can also opt to lease their own land and houses for tourism investment companies in the county.

"In recent years, the per capita net income has reached more than 7,000 yuan. This year, our poverty reduction standard is 4,000 yuan, but by the end of the year, we hope to get to 7,000," the young official said.

According to Liu, the last nine households (49 people) in poverty have been lifted, as per inspection and confirmation from provincial authorities on November 25, meaning Haokun Village has achieved the goal of eliminating poverty.

This reflects a drop from 52.04 percent to 13.11 percent in 2019 and then zero percent, according to official statistics quoted by Liu Dong Ming.

Since 2015, the county tourism investment agency has invested three to four billion yuan in the eco-tourism project covering two towns and two villages, which directly absorbs about 100 poor households.

From January to October 2019, the Haokun Lake scenic area attracted about half a million tourists, and tourism spending reached 142 million yuan ($20.19 million)

Illusions aside, with the pandemic affecting most economic sectors and tourism, in particular, the village was also affected.

With scenic spots nationwide closed until the beginning of May, locals got less work, and construction projects were postponed to the second half of the year.

"During the epidemic, we wrote a report to the Poverty Alleviation Office of the State Council saying the most direct impact was on the employment of migrant workers," Liu said. Factories in Guangdong, Hunan, and Nanning stopped operations, leaving migrant workers at home, affecting their income.

Other sectors like the production of camellia oil and sericulture were greatly affected, and there was a backlog of silk because processing factories were not working, sending the prices down.

Now, with the pandemic under control, the official is hopeful tourism and related sectors can continue to pick up.