Opinion: How should China respond to 'Trump's trade bullying'

Editor’s note: Xu Jingzhi, a doctorate in economics from the Chinese Academy of Social Sciences, is also a former military attache of the Chinese embassy in the United States and a research fellow of China Institute for Geopolitics and Energy Strategy. The article reflects the author’s opinions, and not necessarily the views of CGTN.

The US was the first to launch a trade war with China, in spite of the goodwill China showed on bilateral trade issues.

Hua Chunying, the Chinese foreign ministry spokesperson, said at a regular press conference on July 11 that the United States behavior is a typical trade bullying, and China will take necessary countermeasures to resolutely safeguard its legitimate rights and interests.

The Trump Administration's trade bullying is reflected not only in trade but also in intellectual property and foreign investment. For example, the US denigrates China over "unfair practices" in trade and takes advantage of the US in bilateral trade, she said.

The US has exaggerated its trade deficit with China over the years, not mentioning its huge surplus with China in service trade. The quality and low price of Chinese goods enrich the American consumer market, which makes up for the shortcoming of the industrial structure of the American economy and lowers the inflation rate of the US.

China has also bought US Treasury bonds with a large part of its trade surplus and supported the normal operation of the US government finances. Instead, the US government, which has taken advantage of both, misrepresented the facts and attacked China without reason. The Trump Administration has accused China of stealing US technology and intellectual property but has never produced strong evidence. China has created a lot of intellectual property rights and topped science and technology R&D on its own, while some of China's scientific and technological progress and development have been drawn from the advanced foreign experience. 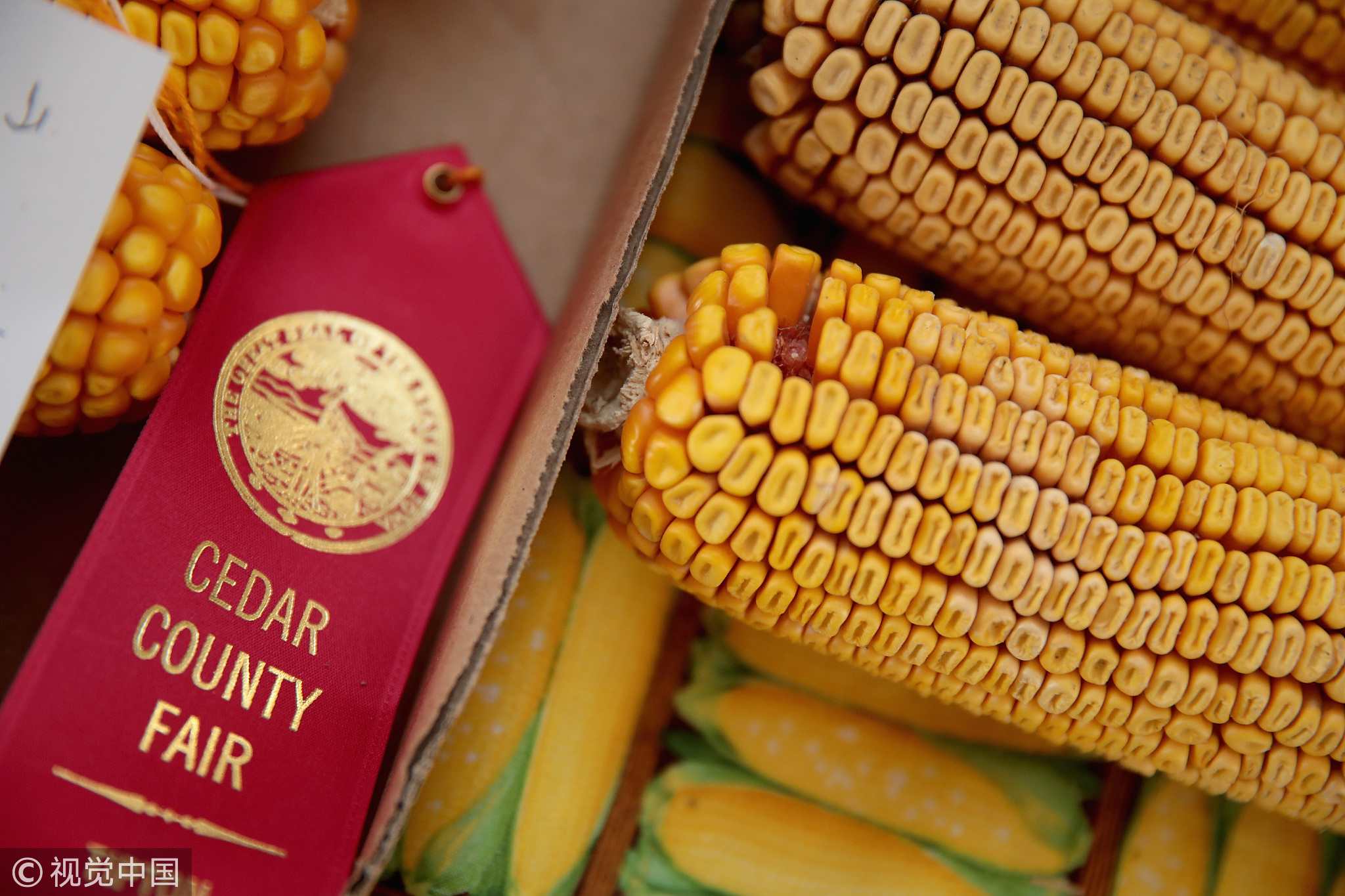 Corn is displayed for judging at the Cedar County Fair in Tipton, Iowa on Jul 13, 2018./VCG Photo

Many foreign experts, however, believe that China's comprehensive scientific and technological progress cannot be stolen and that China has caught up with the rapid spread of modern world science and technology.

China is forced to fight back against the US trade war, which is an inevitable choice to safeguard national and global interests. In order to prevent the Trump Administration from further expanding long-term trade war, China should be prepared for the following aspects:

Firstly, constantly adjust the sources of imports, lower the risk of import concentration, accelerate the formation of stable and mature diversified international trade channel. In some commodities import trade, China should make full use of import sources option, try to choose the countries which have good economic and trade relations with China while also having a stable import and export trade policy.

Secondly, accelerate the process of economic restructuring and build an industrial system with high technology as the leading role. China has built up the world's most powerful industrial manufacturing and production capacity, with a complete industrial production chain and system, and has laid a solid foundation for economic and industrial restructuring. President Xi Jinping pointed out that key core technologies are important instruments of the country and are of great significance in promoting China's high-quality economic development and safeguarding national security.

It will take a long process to adjust the economic structure and develop the high-tech industry, but we must persist in doing so in order to avoid the "science and technology blackmail" of bullying countries.

In particular, China should prevent the US from making waves in financial sector and disturbing economic order in the country.

Fourthly, unite the major economies of the world, firmly support economic globalization, and carefully safeguard the principles of free trade and the multilateral trading system. Trade policy of Trump Administration on the basis of the "America first" is typical bullying the weak. Countries that have been bullied by the US tariff barriers should not be afraid of confrontation and want reconciliation, otherwise, it will make Trump even more aggressive.

Trump's protectionism has been strongly resisted by many countries, including Canada, Japan, Russia and the EU countries. Most of these countries are beneficiaries of free trade and the multilateral trading system, whose trade and economic complementarity with China is highly strong.

China should uphold the concept of common development and shared prosperity with all countries in the world that pursue development and justice. On the basis of free trade and the reduction of tariff barriers, China will expedite signing free trade agreements with relevant countries and economic groups to expand China's import and export market.