Comparing the two quads: Why's the new one better than the old?

Editor's note: Andrew Korybko is a Moscow-based American political analyst. The article reflects the author's views and not necessarily those of CGTN.

Last week saw the U.S. unveiling another quadrilateral framework in the Asia-Pacific that's remarkably different in form and substance than its existing such structure. The "New Quad", which can also be described as the Continental Quad (C-Quad), consists of itself, Pakistan, Afghanistan, and Uzbekistan and is focused on enhancing regional connectivity. By contrast, the "Old Quad", which can also be described as the Maritime Quad (M-Quad), consists of itself, Australia, India, and Japan and is strongly suspected of having ulterior strategic motives to "contain" China. This analysis will explain why C-Quad is much better than M-Quad.

The Biden Administration's unexpected decision in April to continue former U.S. President Trump's plan to militarily withdraw from Afghanistan set into motion a fast-moving chain of developments, the most immediate of which was an intensification of the ongoing Afghan Civil War. The resultant instability caused by this sudden security vacuum raised regional concern among the members of the Shanghai Cooperation Organization (SCO), which was expressed during last week's Foreign Ministers meeting in the Tajik capital of Dushanbe. They all agreed to work more closely together to thwart relevant threats.

Right afterwards during the same week, the capital of neighboring Uzbekistan held its long-planned conference on Central Asian-South Asian connectivity. This event was also dominated by shared security concerns stemming from feared Afghan-emanating threats such as ISIS-K and a possible regional influx of refugees, but it also noticeably saw Pakistan and Uzbekistan committing to a strategic partnership with one another. This is significant since those two countries and Afghanistan agreed in February to construct a trilateral railway that can casually be referred to as PAKAFUZ after the first letters of each participant's name.

The Chinese and Russian Foreign Ministers each endorsed the vision of Central Asian-South Asian connectivity, thereby throwing their tacit support behind PAKAFUZ. This connectivity initiative will greatly assist with post-withdrawal and ultimately post-war Afghanistan's socio-economic reconstruction with time. Another one of its relevant significances is that it'll facilitate Russia's economic connectivity with South Asia. 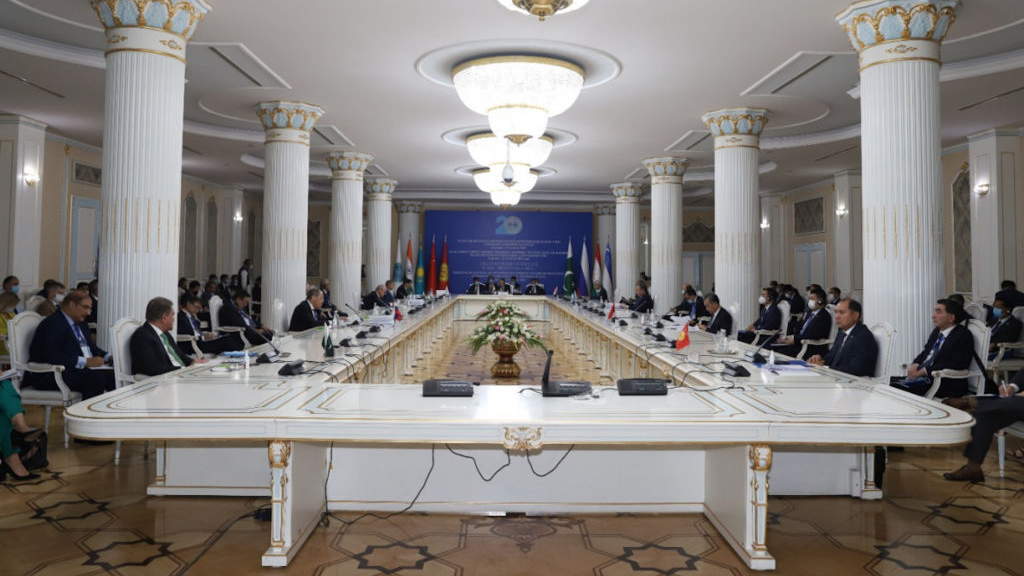 Not only that, but it could also provide the U.S. with an economic entry point to the Central Asian Republics (CARs), which explains America's primary interest in establishing the "New Quad"/C-Quad with Pakistan, Afghanistan, and Uzbekistan.

It's natural to suspect the U.S. of ulterior strategic motives considering the fact that the "Old Quad"/M-Quad is suspect to be focused on "containing" China, but the "New Quad"/C-Quad is different. Instead of prioritizing zero-sum geopolitical ends at the expense of third parties, it emphasizes win-win geo-economic ones that can only serve to advance the interests of third parties. Intriguingly, this observation suggests that the US is experimenting with a form of geo-economic competition through so-called "competitive connectivity" via the "New Quad", perhaps after realizing how futile its geopolitical competition through the "Old Quad" has been.

Connectivity is one of the top trends of the 21st century, and international relations are gradually transitioning away from zero-sum geopolitical outcomes and towards mutually beneficial geo-economic ones. It's worthwhile mentioning that "New Quad"/C-Quad member Pakistan recently unveiled a new grand strategy of geo-economics during March's inaugural Islamabad Security Dialogue, and keeping in mind that country's historic partnership with the U.S. and leading role in the Afghan peace process, it's entirely possible that it influenced America's strategic calculus with respect to encouraging it to embrace geo-economics instead of geopolitics.

Nobody loses whenever countries compete in the field of geo-economics. To the contrary, their people can only benefit since intensified competition in this respect accelerates socio-economic development. This is the completely opposite outcome of geopolitical competition where there are only zero-sum results that occur at someone else's expense. The "Old Quad"/M-Quad has failed to "contain" China and only harmed its members' own interests, especially when it comes to their bilateral ties with Beijing. It's thus a welcome development that the U.S. is nowadays experimenting with geo-economic competition through the "New Quad"/C-Quad instead.