How can China help stabilize Afghanistan?

Editor's note: Djoomart Otorbaev is a former prime minister of the Kyrgyz Republic, a professor of the Belt and Road School of Beijing Normal University, and a member of Nizami Ganjavi International Center. This is the second piece of his series on the situation in Afghanistan. The article reflects the author's opinions and not necessarily those of CGTN.

Afghanistan is a poor, landlocked country surrounded by several Muslim countries and China. A common characteristic of all its neighbors is that they all have friendly and even strategic partnership relations with China and Russia. Here I would like to highlight the role of China in the face of the opportunities and risks that will arise in Afghanistan in connection with the withdrawal of American troops. Can China help stabilize Afghanistan?

The universal recipe for rebuilding emerging countries, especially those arising from the conflict, has never changed. It requires at least two basic things – jobs and education. As for creating jobs, the recipes have not changed here either – it is necessary to attract investment. Moreover, given the history of Afghanistan of almost endless wars over many decades, it will be required to attract foreign investment.

The list of potential investor countries is minimal. Realistically speaking, there may be China, Russia, India, and perhaps some Western countries. In my opinion, investments in Afghanistan from China may become the most promising for a few fundamental reasons. Firstly, China is intensely interested in the early stabilization of the situation in its neighbor. Secondly, it has sufficient human and financial resources. Thirdly, China maintains good relations with all parties to the Afghan internal conflict. Fourthly, it has accumulated enough knowledge and created favorable conditions for the earliest start of various projects.

China has indicated before, announcing plans for potentially significant investments in Afghanistan. Now, these projects can receive a new impetus within the framework of a new raw material cycle in the global economy. Afghan subsoil is exceptionally rich in strategic resources, such as non-ferrous and rare-earth metals. For example, it has the world's largest unexploited reserves of copper, coal, iron, gas, cobalt, mercury, gold, lithium, and thorium, valued at over $1 trillion. Realistically only China has every chance and capacity of taking tangible steps to develop them.

Qian Feng, research director at the National Strategy Institute at Tsinghua University, said China and Afghanistan show a solid political will to expand the Belt and Road Initiative cooperation. If stability is achieved in Afghanistan, it will "undoubtedly bring great convenience to the flow of cargo between China and Eurasia," Qian said. 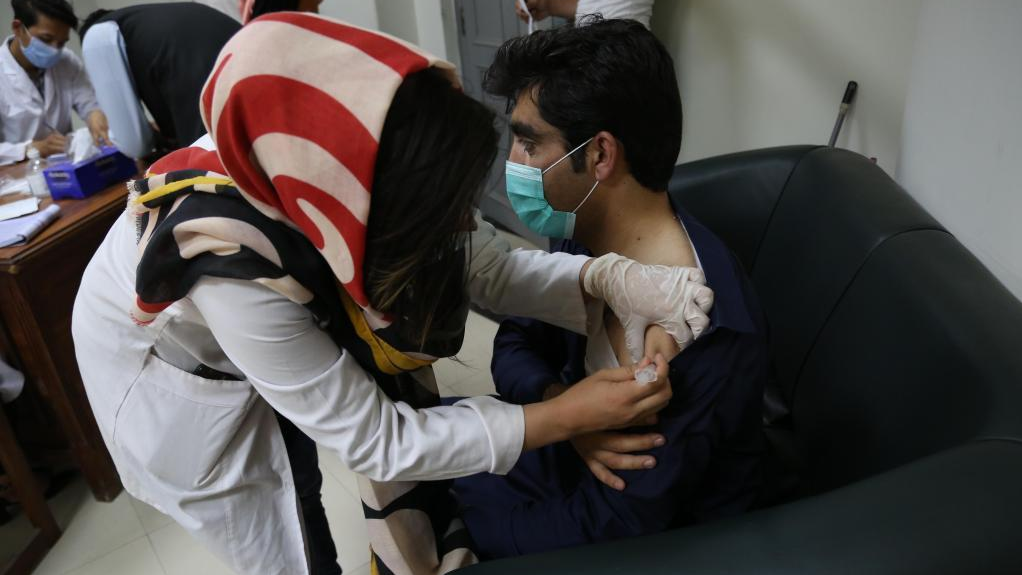 According to several diplomats and analysts, Beijing has already held some talks with the Taliban. Details of the discussions have yet to be released. Still, an anonymous Indian government spokesman said China's approach is to try to rebuild Afghanistan's destroyed infrastructure in cooperation with the Taliban, working through Pakistan. "We can attest that China will finance the reconstruction of Afghanistan through the Taliban through Pakistan," the official said.

On the other hand, the Taliban view China as a "friend" of Afghanistan and hope to talk to Beijing about investing in reconstruction "as soon as possible," said Suhail Shaheen, a spokesman for the group, on July 7. In an exclusive interview with This Week in Asia, he said that the Taliban would guarantee the safety of Chinese investors and workers if they return to the country. "We welcome them (China). If they have investments, of course we ensure their safety," Suhail said. "China is a friendly country that we welcome for reconstruction and developing Afghanistan."

One of the most crucial additional measures in the restoration of the Afghan economy should be cooperation between the countries of Central and South Asia. Given that Afghanistan will be at the center of such multilateral collaboration, China will also support such projects. The issue of stabilizing the situation in Afghanistan will become one of the main topics for discussion at the high-level international conference "Central and South Asia: Regional Connectivity. Challenges and Opportunities", scheduled for July 15-16 in Tashkent.

The heads of state and governments of Uzbekistan, Afghanistan, India and Pakistan, and high-ranking representatives from nations such as Russia, China and the U.S. will attend the conference. Many expect results, especially the neighbors of this long-suffering country.

Initiatives like these can bring long-awaited peace and further prosperity to Afghanistan, almost destroyed by one of the longest wars of modern history. Restoration of close economic relations between Central and South Asia countries will undoubtedly contribute to the prosperity of all these countries, and above all, Afghanistan. This happened at the time of the Great Silk Road (1100-1600) when Greater Central Asia was the most prosperous region globally. History can repeat itself in the region.