In the Washington-focused publication The Hill, opinion writer William H. Overholt, a senior research fellow at Harvard University, criticized the Biden administration's lack of expertise on its foreign policy towards China, highlighting flawed assumptions and falsehoods it had made in a number of areas, including Taiwan, the DPRK and their choice of an antagonist approach when pursuing dialogue at the Anchorage Summit.

He questioned, "Would America have accepted a Cold War leadership without Soviet expertise? The more you see China as a dangerous adversary, the more important it is to actually understand China."

The point is very clear – Biden's team doesn't understand China, and apparently doesn't try to. Instead of pursuing a nuanced, complex and multifaceted relationship which grasps Beijing for what it does and finding a comprehensive sphere of common interests, Biden again opts for the domestically satisfying yet simple caricature of China as a global menace and threat to everyone.

This clashes with his repeated promises of a foreign policy built on "allies and partnerships." Biden's failures mirror that of the Obama administration, as the article said, reappointing figures who oversaw those failures, such as Kurt Campbell, and establishing needless provocations that ultimately did not succeed in their objectives.

One of the biggest yet most popular assumptions of the U.S. foreign policy today, across both parties, is that China is engaging in a zero-sum conquest for hegemony with the United States and seeks to establish a global order of its own, imposing its model on other countries. Therefore, so it goes, Washington should utilize all of its resources where possible to try and contain Beijing and limit its economic development, depicting it as an adversarial state.

Whilst this competitive push against China is an inevitable product of America's own hegemonic view of the world, it domestically locks the White House into confrontational politics and provides little room for a balanced relationship. 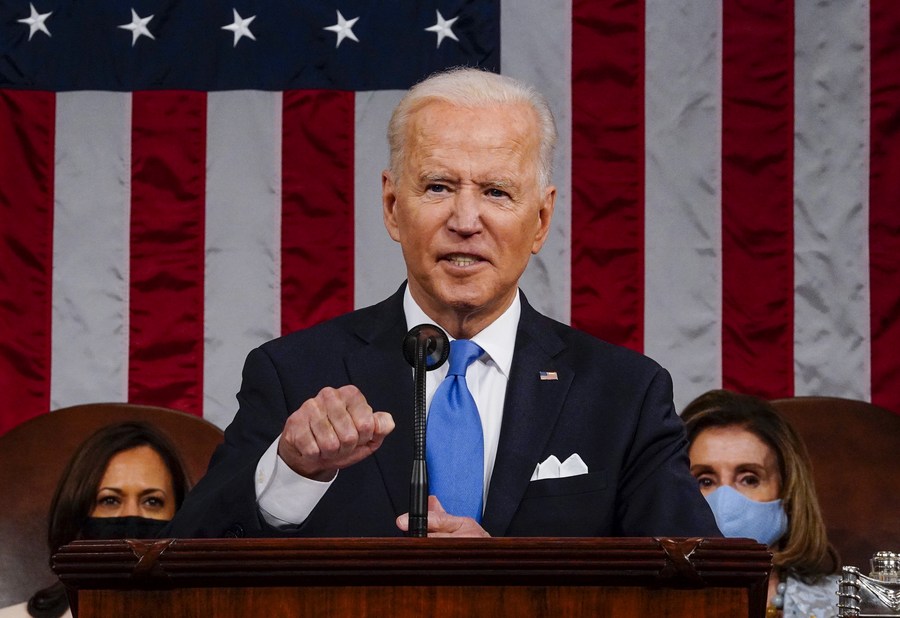 Biden's stance towards China is not as unhinged as Trump's, yet it has opted for domestic popularity as opposed to the national interest. For example, one of the biggest mistakes the new administration made was embracing Pompeo's botched and faulty declaration of "genocide" in Xinjiang despite the massive diplomatic repercussions of doing so.

This, combined with protectionist overtures, has undermined Biden's so-called bid to "cooperate" with China on aspects such as climate change whilst simultaneously attempting to undermine its solar power manufacturing with bogus claims of forced labor.

In also pursuing policies such as denying Chinese students visas based on vague associations they may have, he is also continuing to undermine the credibility of the United States in China.

As a result of these mistakes and keeping up antagonistic overtones, the Biden administration has not achieved the unity it believes it has on China with other countries, and has likewise vested so much into a demonic and erratic view of Beijing that it underestimates its diplomatic maneuvering.

Biden may be less outwardly chaotic and destructive than Trump, but is no better in his strategic outlook in the pursuit of absolutist U.S. hegemony.

It is one thing to get a few countries to make vague commitments on paper; it is another for them to take serious action. For example, whilst the G7 statement was vague and rhetorical at best, Biden has tried to laughably divide Russia and China, to get countries such as Ukraine to make anti-China statements only for them to retreat and seemingly overlooks the fact that the UK and the EU are now rekindling engagement with Beijing and will never pursue decoupling in the light he would hope.

These fundamental misunderstandings of China and its relations with other countries are leading towards a China policy, which, like that of the Trump administration, will achieve little in the end.

China is not seeking global hegemony, it is seeking its own national development and draws its red lines on issues of national sovereignty, as opposed to interfering in that of other countries and crusading for its political system worldwide.

As a result, America's hubris in vesting everything into zero-sum competition, sacrificing its own interests and gradually isolating itself in the process will bring the country some hard lessons in the years to come.

Biden is an experienced and respectable politician, but his ilk don't understand China, and they don't try to.